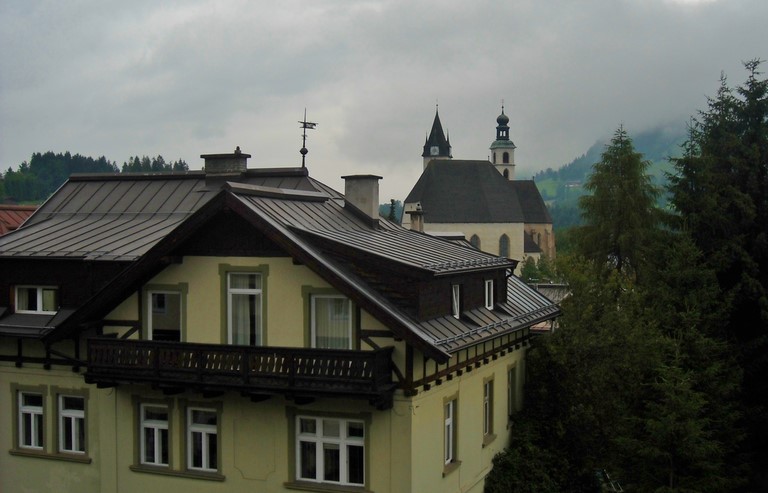 As far as bad weather is concerned, our crossing of Eastern Tyrol during our trip to Austria in 2012 is the top. On the road between Zell am See and Kitzbühel (photo), we had everything: it started with a thunderstorm accompanied by an indescribable downpour, in addition to howling wind. Lightning lit up the sky, branches were fluttering all over and some came crashing down on the car. The rain was so thick that it was impossible to drive. We had to stop in the area around a garage with other vehicles. Then came a hail storm. That was a real doomsday scenario.
After long minutes, we left. We had to be doubly vigilant to avoid drowning the engine in flooded areas, or simply aquaplaning. Then, a few kilometers later, we were caught in a monumental traffic jam for more than an hour, all because of a flow of mud and a landslide on the road. We will remember it!
Generally, we had to face many obstacles on the road preventing us to move forward as we wanted during that trip: numerous road works, traffic jams, but also tractors and other agricultural vehicles, wide loads, slow-moving vehicles of all kinds, seasonal migration of cows in the mountains, and even overheating of our car brake pads, which forced us to stop at the roadside in disaster as a thick smoke was at the front.
However, though all that is hard and maddening as we are going through it, we remember it later with amusement. That is the main thing. 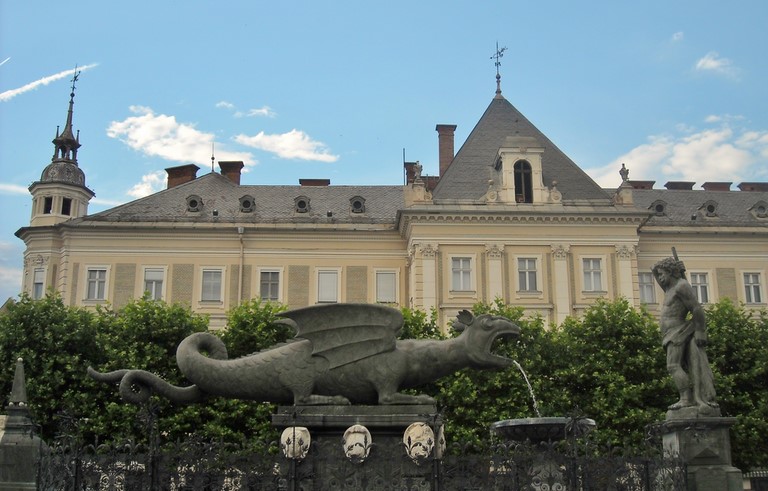 Well, just to end with an optimistic note, let us talk about a positive series as well: during that trip to Austria including a 24 hours stop in Slovenia in 2012, we often find ourselves by chance in the heart of events which course we were not even aware.
It started with our arrival in Maribor, Slovenia, where many events were taking place: then, we realized that the city was European Capital of Culture.
As we arrived in Ljubljana in the very evening, a great classical music concert was being prepared in the presence of many television cameras.
The day after, for our return to Škofja Loka (without thundery showers that time), we attended a medieval market and different shows and parades with period costumes.
As we returned to Austria, more precisely to Klagenfurt (photo), our stay in that beautiful town coincided with the Euro 2012 game France Vs Spain. Before the match was projected on a giant screen, animations and concerts took place.
The next day, we decided to visit the town of Zell Am See, and there was a beach volleyball tournament. As we arrived the very evening in Kitzbühel - after we faced the terrible weather mentioned above - we realized with amazement that the same tradition as in the Slovenian villages’ graveyards also subsisted in the small Austrian mountain villages: the inhabitants came to honor their dead by placing candles and lanterns on the graves. Moreover, the cemetery there is built around the church, which gives it some charm as well.
A few days later, we went to Linz and as we were visiting the city and especially some inner courtyards in the Historic Center, we accidentally found ourselves in a private reception where a concert was being performed. People were dressed up to the nines, and we were dressed like nothing on earth. But no one reacted, not even the security staff, and we enjoyed it all along.
Finally, by chance (once again!), our last day in Austria before returning to the fold coincided with the Euro 2012 final Spain Vs Italy. The streets of Vienna were filled with supporters dressed in red and yellow who were celebrating the amply deserved victory of their team in the general jubilation.