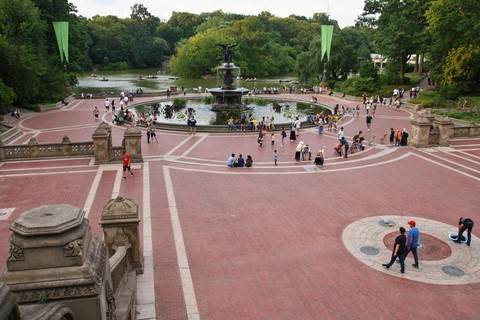 On August 3rd 2017, we were in Central Park in New-York, more specifically on the magnificent panoramic viewpoint that overlooks the Lake and Bethesda Fountain (photo). We were enjoying that beautiful sight within an idyllic setting, savoring every second of those special moments with a light heart. A sudden sound broke the ambient tranquility: the first chords of «Dirty Little Secret» from The All-American Rejects – one of our favorite bands since numerous years – at a high volume, arousing the cheers of an adoring crowd. Then we realized: it was one of the concerts of their American tour with The Social Animals, The Maine and Dashboard Confessional. It was taking place on SummerStage, nearby. We had reserved tickets for their concert in Boston on August 6th. As we were organizing our trip, we hesitated between those two shows. We finally chose the one in Boston for various reasons: tickets were cheaper, the amphitheater was covered in case of bad weather, and we thought that given that New-York is much bigger than Boston, there would be more things to see and to do and thus less time to spend for that show. The only inconvenience was that the band The Maine was not on the bill.
As a result, we had completely forgotten that New-Yorker concert and did not think about it any longer, the more as we were caught in the exhilaration of the discovery of the Big Apple. That is why finding ourselves in that very spot right when The All-American Rejects started its first track was extraordinary. What a happy coincidence! It was so unexpected! It is one of the first bands on which J.R. and I had a crush on the early 2000. Their music accompanied us during our first rides to the Arcachon Basin, and then later during our trips abroad. If someone had told us at that time we would find ourselves about twelve years later in Central Park in New-York, U.S.A. living that exhilarating moment with them! What a bliss!.. That moment was great in two ways, because not only we were delighted at the moment, but also we were looking forward to that show on the 6th of August in Boston. 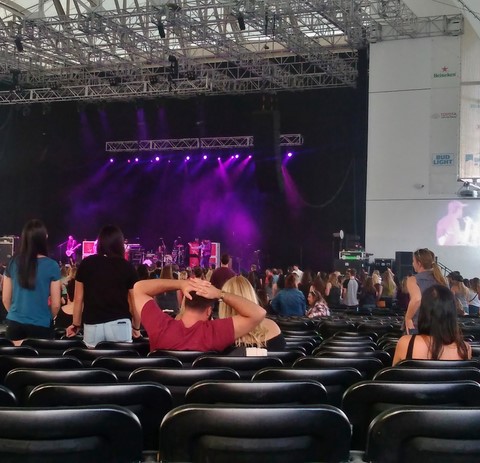